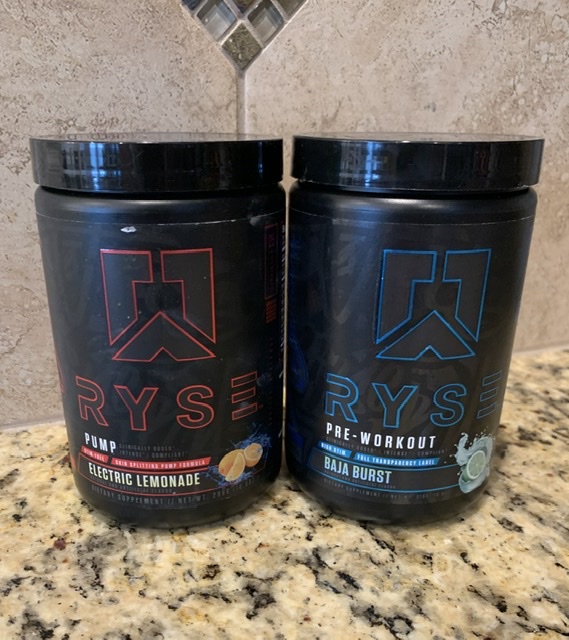 Why Choose Blackout From Ryse?

I chose to try Blackout Pre, simply because of my intrigue to try a multi-blended approach of nitrates. No single source of Arginine Nitrate, rather, it utilizes Arginine Nitrate, Sodium Nitrate, and Betaine Nitrate in the nonstim “Blackout Pump” product, and uses Sodium Nitrate and Betaine Nitrate in the stim version, “Blackout Pre.” The 500mg of Calci-K will preserve the pump and extend the nitrates, making the vasodilation last significantly longer than ANY of the pres I’ve used.

Naturally, I stacked them - as you all know I’m not a huge stim junkie. 400mg of caffeine is a bit much for me in one serving, so I half scooped Blackout Pre and then added a full scoop of Blackout Pump, for a total of 2.25g of nitrates. If you full scoop the stim version, you’ll get a total of 3g - which is more than enough to take you to Pumptown.

Blackout Pump also adds Vasodrive AP, which is a great addition to the cocktail. No water based pump ingredients here (glycerol, etc…) but the nitrates will take you to peak contractions and those bulging veins And full muscles we all long for.

A single scoop of Blackout Pre (stim version) packs 350mg of caffeine anhydrous and 100mg of sustained release caffeine. The Theobromine at 200mg packs a nice punch of neurological focus. This is a lot stims for me, but the sustained release is a HUGE reason this product will not give a crash, during or after your workout.

The stim version also gives you your daily dose of Beta Alanine, as CarnoSyn, with 3.2g. Add 1.5g of VitaCholine for some added focus and then 1.5g of Betaine, Ryse Blackout covers a lot of the “essentials” you want for a preworkout. Betaine and Beta Alanine are some of the key ingredients I always maintain in my daily intake. Saturation is important for these - as it is with creatine, Peak O2, and other similar ingredients.

This combo stack is one for the ages. The VitaCholine, Caffeine, and Theobromine combo gave me the perfect balance of sustained energy, mental focus, and sense of well being. Rarely can I find a pre that makes me feel good mentally, but also give me the physiological benefits I want. This stack nailed it!

Sure the energy and focus are great, but I came for the pumps. As promised, they delivered. Ghost Pump and VasoBlitz can take a backseat to Ryse. I’m sorry - but it’s the truth.

The balance of benefits I received to date from both Blackout pres are undeniably awesome. Rarely can I find two products that cover my bases for a pre - yet here we are. I drank this combo while at the pool with my kid today - and before I even ate or touched a weight, I was already getting muscle fullness: 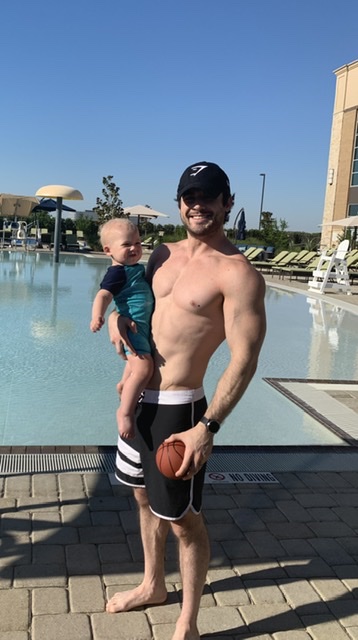 Ryse Blackout flavor is rocking and solubility is a nonissue. I used the Baja Burst for Blackout Pre (the stim version), and tastes just like the Baja Blast from Tacobell. A very inviting flavor during Texas summer heat!

I used the Electric Lemonade for the Pump version - which is equally refreshing. You can mix the flavors, but they obviously won’t be as delicious as if you took them “stand-alone.”

Overall, I’ve been very impressed with the stamina, focus, pump, and energy that these two products give me. These will be mainstays in my supplement arsenal for a long time.

As many of you know, Ryse hosts some big name athletes such as Connor McGregor and Jeremy Buendia (who I like - but is understandably a giant question mark). The new Ryse bars look to take the same approach as Outright Bars, yet they lack less sugar - so there is a differentiator for anyone who thinks they are simply a knock off.

Loaded Protein is an incredibly popular protein on the market. I’ve yet to try it, but everyone tells me great things. At this time, they currently offer three flavors: fruity cereal, chocolate peanut butter, and cinnamon cereal.
The protein is a blend of WPI and WPC. No Caesin, which is a plus for people like me who suffer digestion issues from caesin. The utilize MCT in the powder, which unquestionably
leads to a creamy and silky texture.

I plan on grabbing a few more skus soon and will post my thoughts and feedback for everyone.

The takeaway is, for anyone who loves nitrates - I HIGHLY recommend grabbing the Ryse Blackout Pump. For anyone wanting a kick of multiple nitrate sources and a moderate to higher stim pre, then Blackout Pre is a must try.

Two weeks in running these two products together, and I’ve been incredibly impressed with the sustained energy, pumps, and focus, with zero crash whatsoever. That is a huge plus for me. The CarnoSyn undoubtedly aids in stamina for those of us who utilize higher volume and moderate amounts of cardio in our training.

As a Men’s Physique competitor, I think Ryse is a unique hybrid blend of “lifestyle” branding and “bodybuilder” branding. The amount of skus aren’t going to blow you away (think Ghost Lifestyle two years ago), but the essential based are covered.

What would I like to see? Maybe a creatine product, or inclusion of creatine in some skus. Perhaps some sleep aid, greens, and vegan protein will be on the horizon. They do offer a multivitamin, fat burner, nootropic, protein bars (as mentioned), BCAA/EAA product, L-Carntine, and a their original Preworkout as well.

I think this brand will continue to grow, due to quality offerings and a solid team of influencers. I may be impartial to DFW companies - but Ryse is on top of my watch list for companies on the “Rise” (solid dad joke

I had the privilege to briefly chat with the owner, and I assure you that he is all in on this mission. I love it when the owner is the one running point on Social Media and interacting with fans and the followers. It shows me he/she is passionate about the journey.

Great brand and I look forward to the things they will do in the future.

Welp this review sold me on it. I’ll definitely be picking some up now

You must not be a large responder to citrulline (Comparing Vaso/Ghost Pump to Ryse)
Seeing Vaso/Ghost pump has .500mg-1g more nitrates (Arginine) + The L-Cit… Similar betaine and addition of Calcium Lactate(Vaso). Goes to show how people respond to different products and formulas and finding what works best for them is always a work in progress.

The tri-blend of nitrates is awesome, and I agree the stim is very heavy. If you are not a stim lover it may be too much. I enjoy how versatile their line is (Example Vaso+Full) Still get the nitrate + pump benefit and lower stim for those who don’t need 350+mg of caffeine to have a workout but still get the performance benefits.

Wait till you try their isolate protein… The cinnamon toast is lights out CTC Replica. I think you are a Cinnamon Toast Crunch fan, if so you will find it worth your money.

Some people may fret over their prices, but you get what you pay for. Plus you can get at least 20% off coupons from multiple vendors.
After trying their pre and protein I really enjoy the products.

It’s not an isolate protein though - I believe it’s a mix of WPI and WPC. Is there a new isolate they are soon to release?

Its very heavy isolate dominant.
You can tell how isolate heavy it is by how it mixes up (on the thin side). I also know you have a sensitive stomach so this will suit you well.

Gotcha. When you said isolate, I just assumed you meant they were creating a pure isolate product.

Nice man! I really don’t recommend products unless I love them - so I’m sure you’ll enjoy it.

I know how concentrates do not sit well on your stomach given your previous reviews on this forum, so therefore I assume Ryse will fit the bill.

I would state it mixes as easy/thin as Core Iso. However you mix that up I would suggest doing the same for Ryse. For me its about 4-6oz per scoop comes out as my sweet spot (you can see in both my Ryse and Core Iso review)

That’s great. I wonder why they didn’t market the ratio then. Hmmm. Sounds like a solid selling point to have a higher ratio of isolate.

Yah - WPC 80 won’t affect my stomach, but “questionable” WPCs are a different story. It’s how I can spot a company with solid WPC or junk concentrate.

The last line is exactly why I say this. Like you if it’s a high concentrate is will rip my stomach to shreds. Ryse has no digestion issues, and I feel you will have a same experience. I’m a Cinnamon Toast Crunch guy and they nailed it for taste

Check out their IG and see al the flavors they’re testing:

Blueberry Muffin;
Mocha;
Oreo (which looks unreal and unlike any CNC flavor I ever seen);
Applejacks;
Apple Pie; and
Maybe another one I missed. 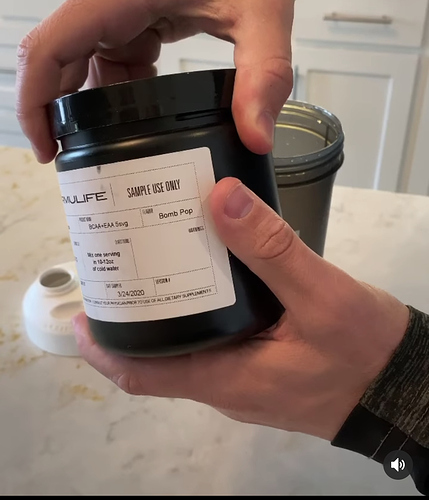 This is a good thread

Does it Ryse above the rest?

We have a winner!

It rose for sure.

No joke - the label didn’t blow me away at first, other than the nitrate blend, but I underestimated the combo power of VitaCholine and Theobromine.

These stacked together are wonderful, actually probably too much nitrate

If I didn’t respond so well to nitrates, I would agree.

Half scooping the stim version and full scooping the Pump, only gives the 2.25g total of nitrates. Still a significant amount. Compares similar to VasoBlitz and Ghost Pump.