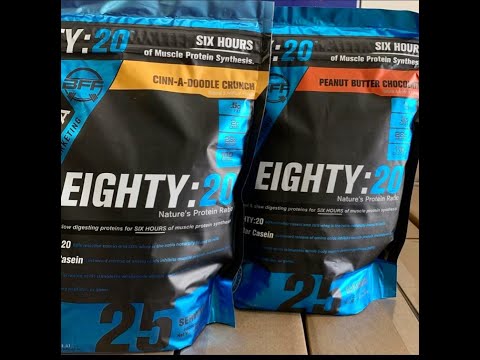 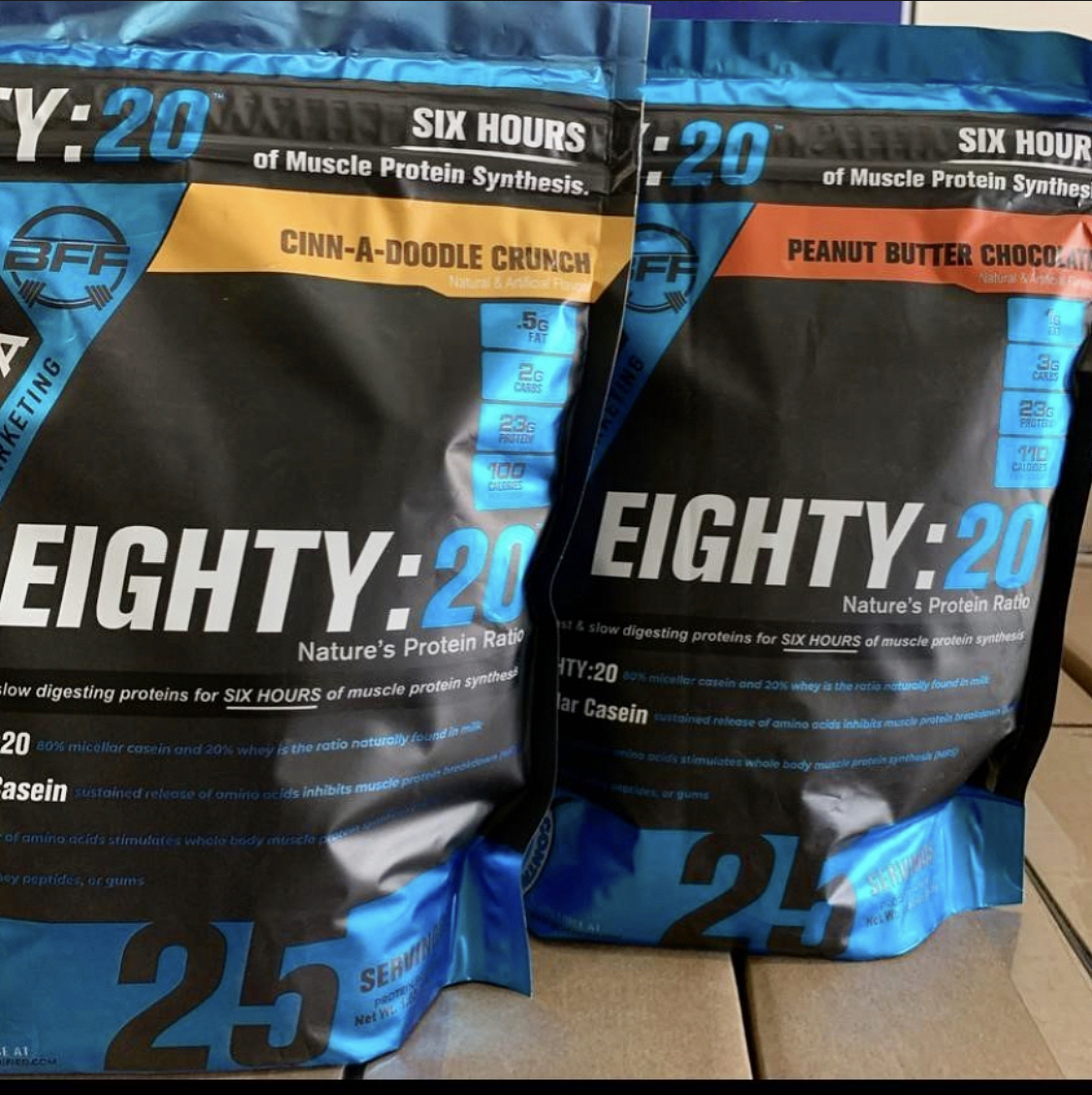 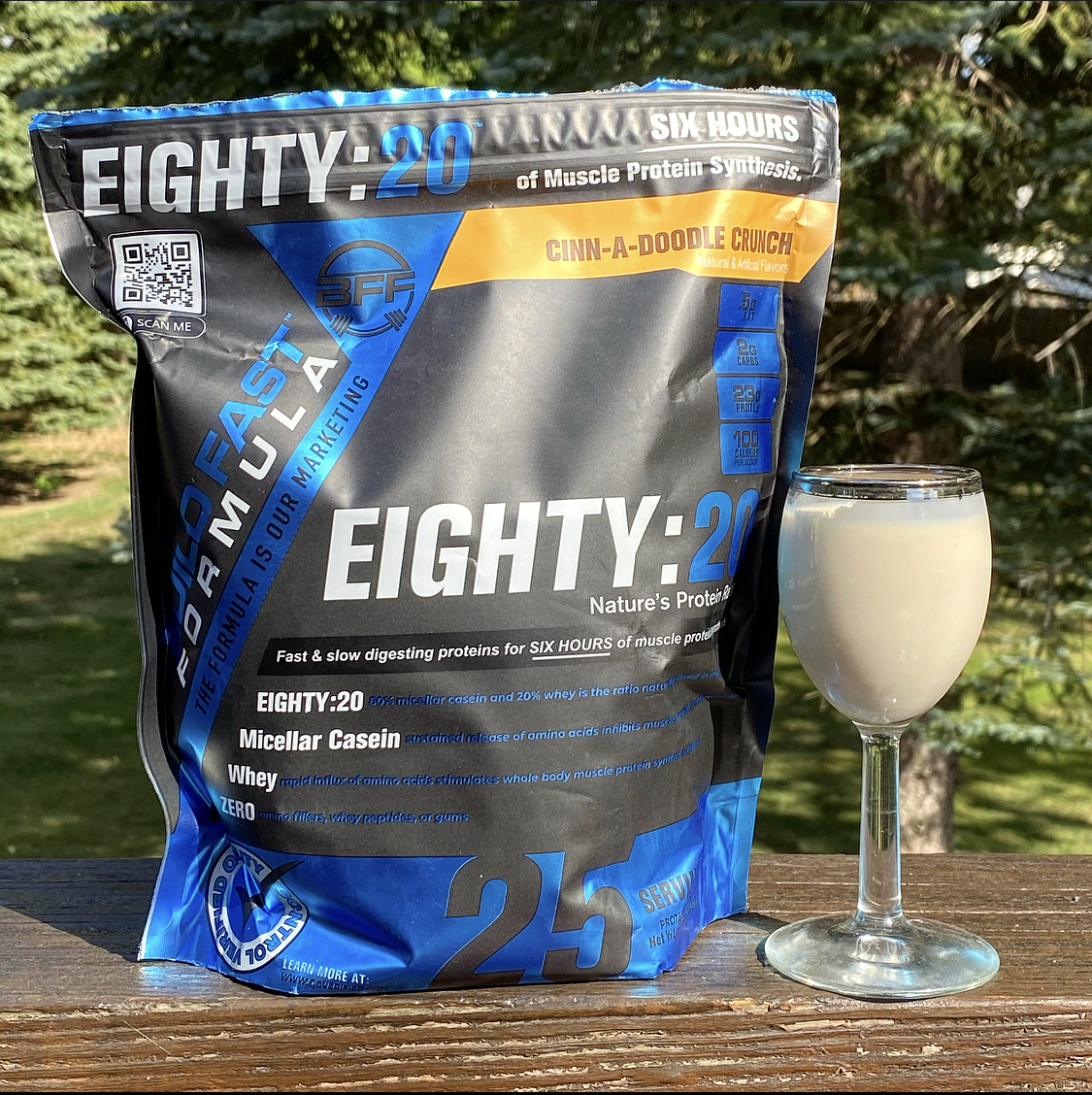 Peanut Butter Chocolate - Build Fast Formula decided to mix hybrid milk and dark chocolate with a peanut butter compliment. The peanut butter flavor is on point with a welcoming dense and creamy addition. If there was one minor nitpick it would be to add a hint of salt to make it truly pop. I would rank this a 60/40 ratio of chocolate to peanut butter. There is still a good mix of both flavors making It incredibly enjoyable. If you enjoyed the chocolate lava cake from Build Fast Formula, this is a great upgrade with the peanut butter backend flavor. 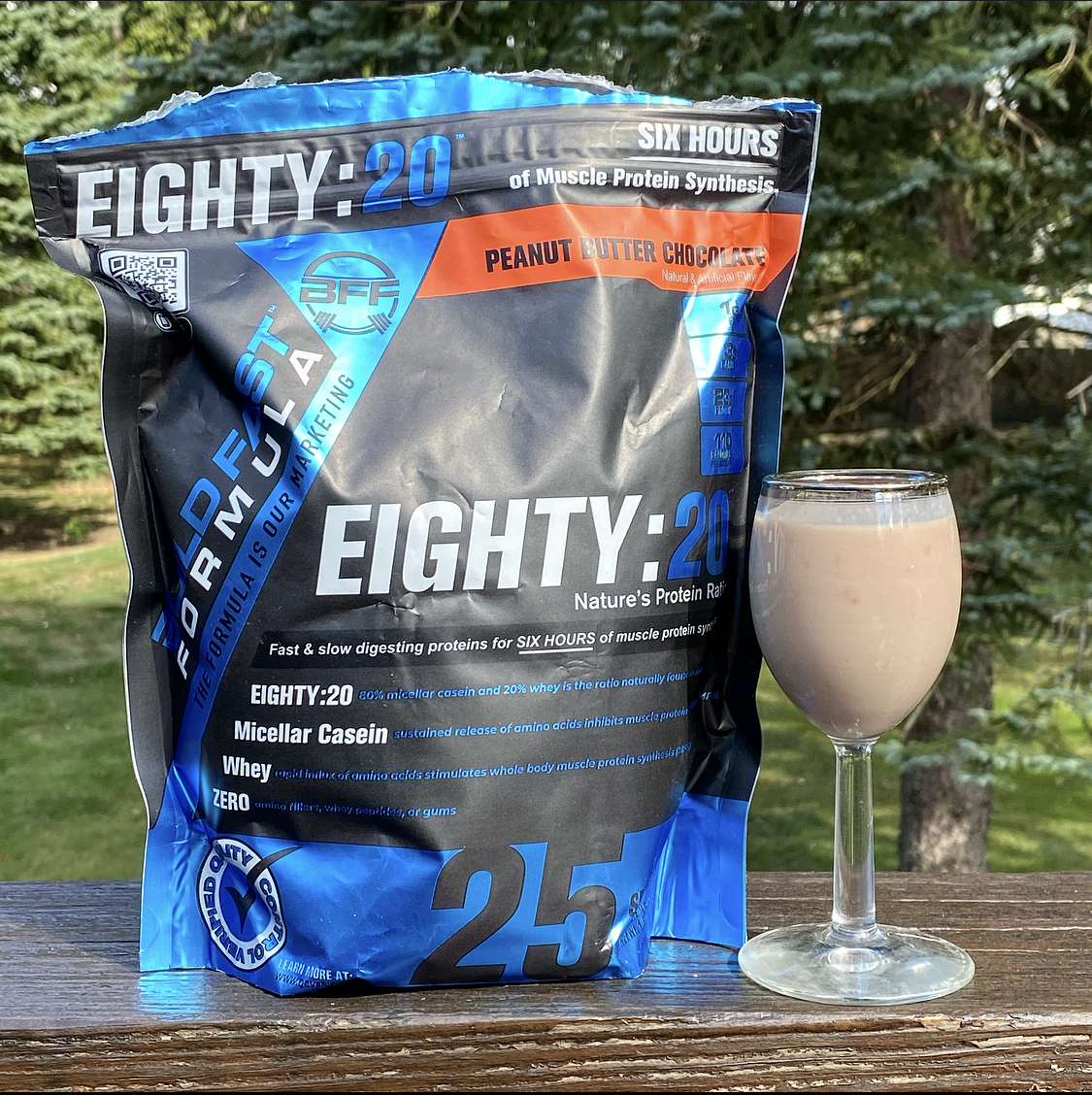 The effects of protein and amino acid supplementation on performance and...

The purpose of this study was to examine the effects of whey protein supplementation on body composition, muscular strength, muscular endurance, and anaerobic capacity during 10 weeks of resistance training. Thirty-six resistance-trained males (31.0...

Coingestion of whey protein and casein in a mixed meal: demonstration of a...

When consumed separately, whey protein (WP) is more rapidly absorbed into circulation than casein (Cas), which prompted the concept of rapid and slow dietary protein. It is unclear whether these proteins have similar metabolic fates when coingested...

High-quality proteins such as soy, whey, and casein are all capable of promoting muscle protein synthesis postexercise by activating the mammalian target of rapamycin (mTORC1) signaling pathway. We hypothesized that a protein blend of soy and dairy...

Build Fast Formula Eighty:20 is a heavy casein blend. Due to the fact casein is on the thick side I would suggest the following for mixing the protein powder.

Shake:
As a Shake, I would do 6-8oz per scoop. This will be on the thicker side due to the ingredient profile, so some who want a thinner shake go with 10-12oz. I find that even with 6-8oz of liquid there were no clumps left when mixed up in a generic blender bottle. The texture is smooth and has a milkshake resemblance.

Protein Pudding/Sludge:
This is one of my favorite ways to use protein powder. Due to the heavy casein content, this mixes extremely thick. Compared to other protein blends on the market I find this comes out just a step below a straight casein powder, which I personally prefer. Even if you do mix this with just protein and water in a bowl it has a great consistency to it. When mixed with greek yogurt it makes almost a custard-iike texture similar to a dairy queen blizzard. I could turn my spoon upside down with it sitting on my spoon. 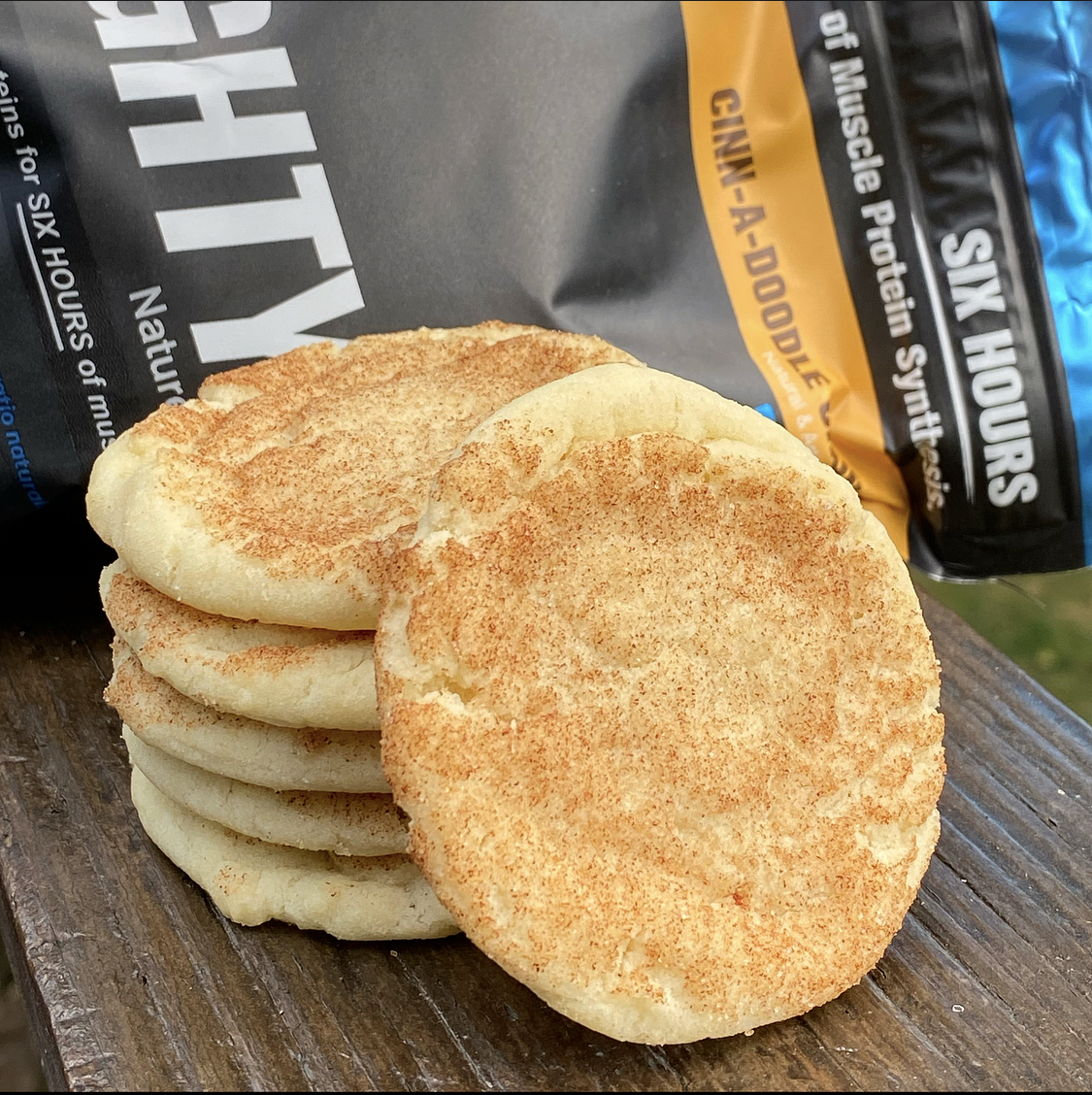 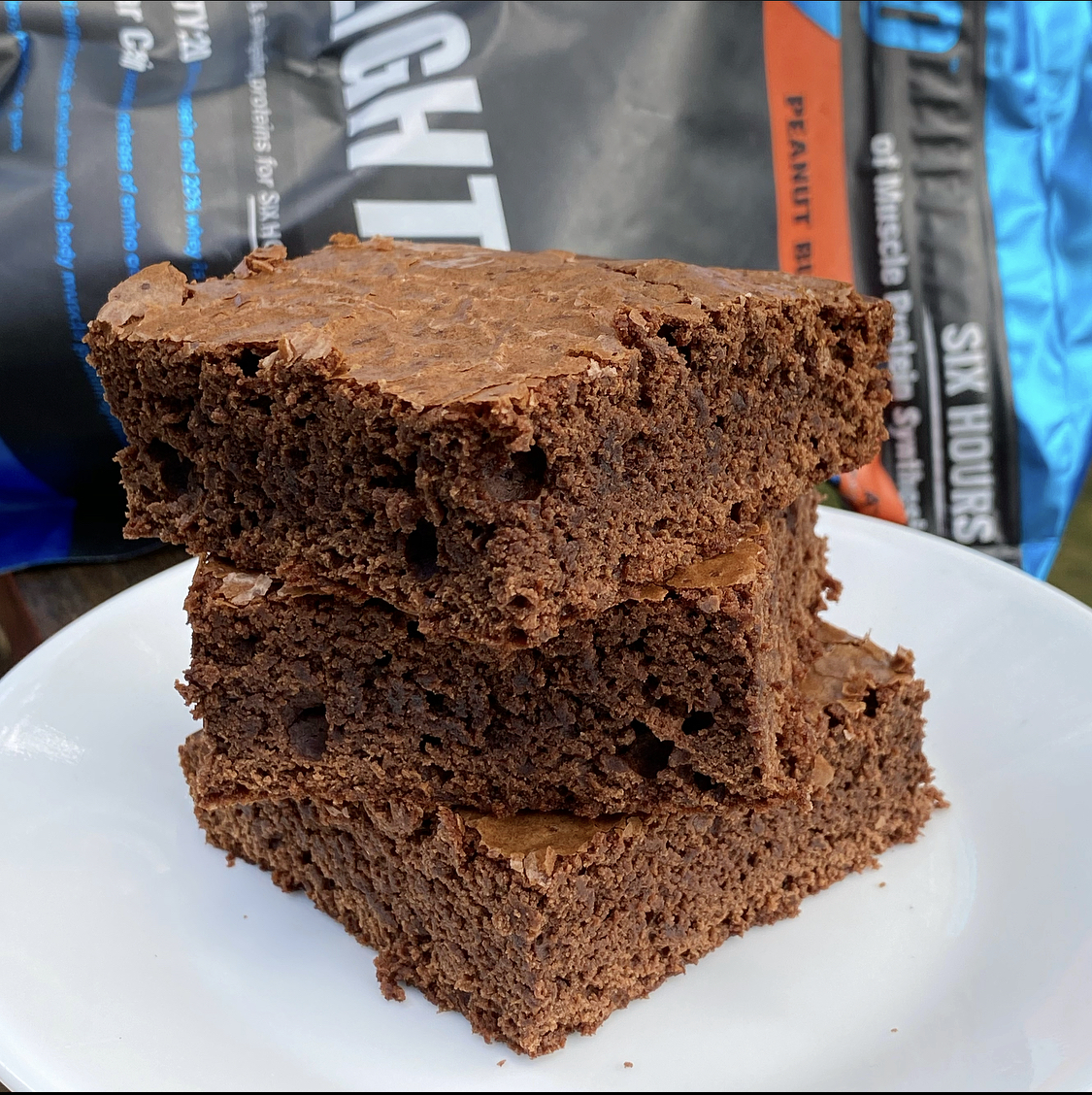 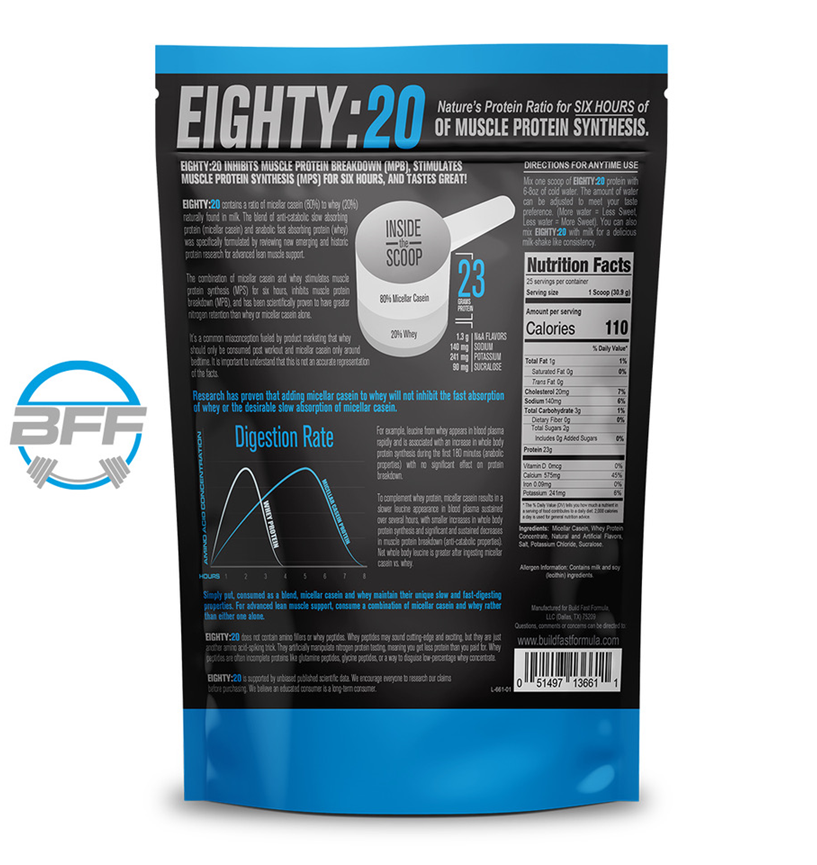 I will wait by my computer for the big sale on Monday.

Nice review! Super-excited to try these after falling in love with the Chocolate & Vanilla.

No joke. These flavors are next level compaed to the OG.
The PB Chocolate is legit Reeses

well mine arrive tomorrow in the Burgh, one more thing I will get to enjoy when I return in 10 days lol!! super excited now!

Fired up my muffins and donuts with these today
Stellar 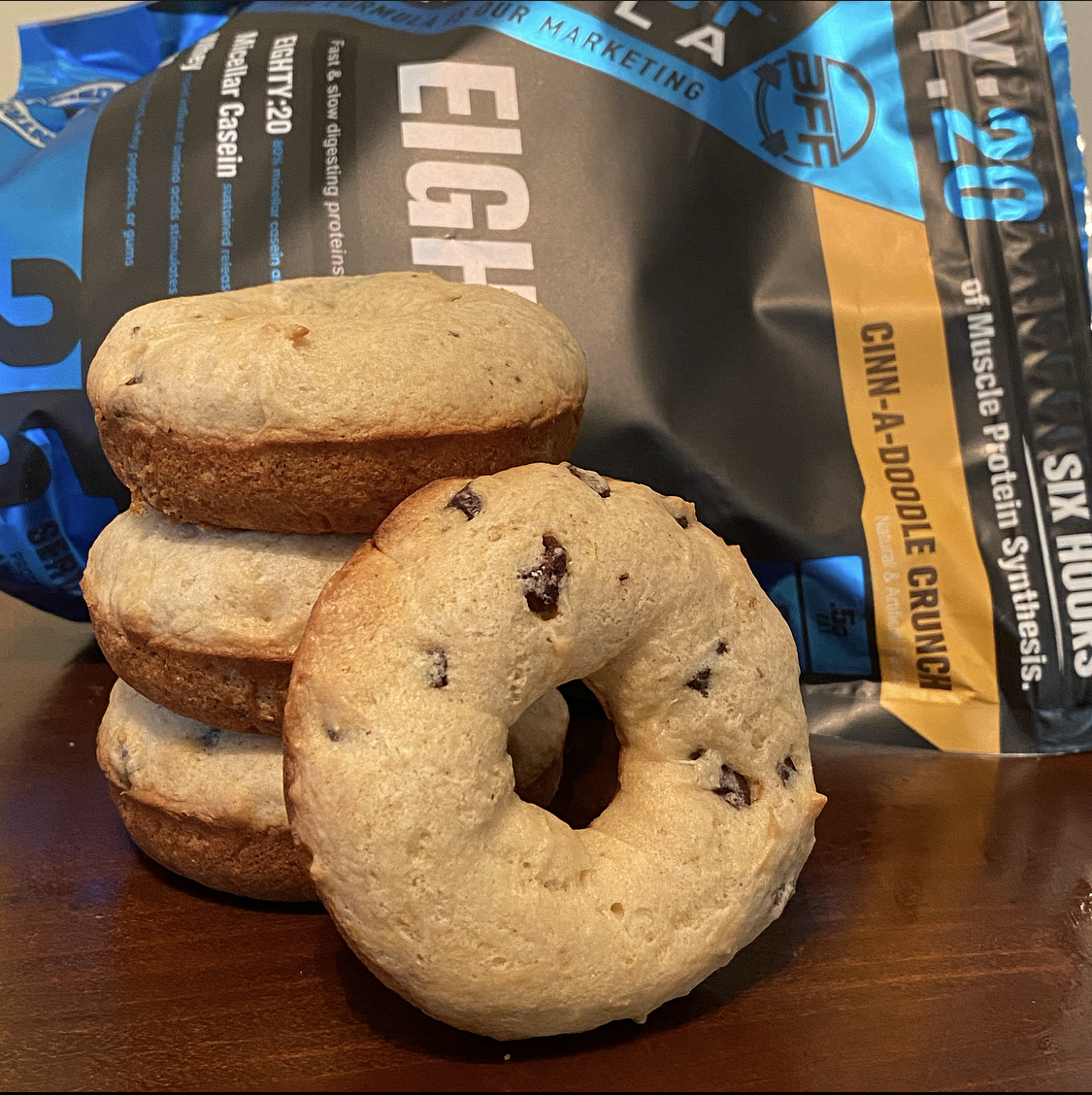 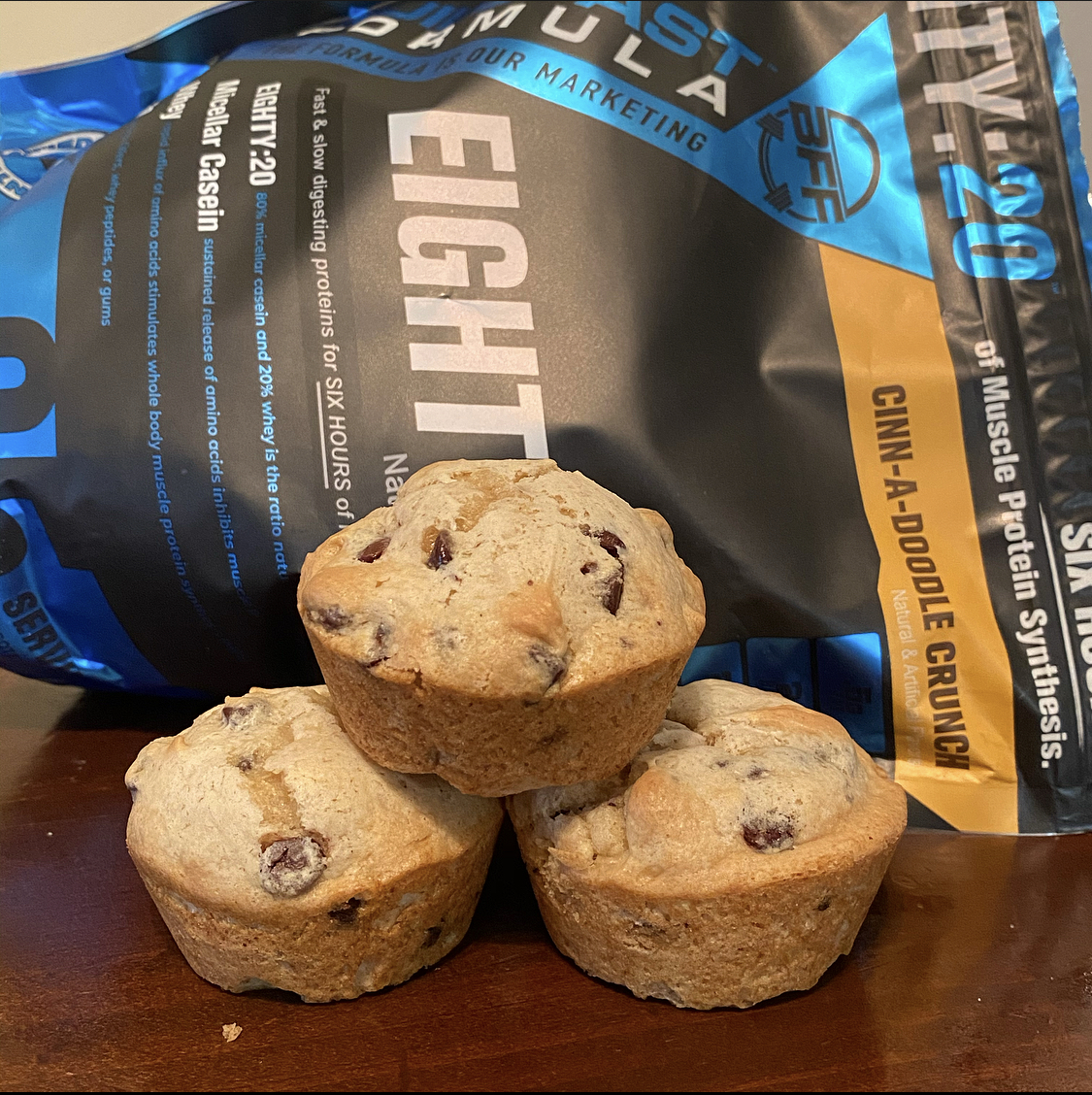 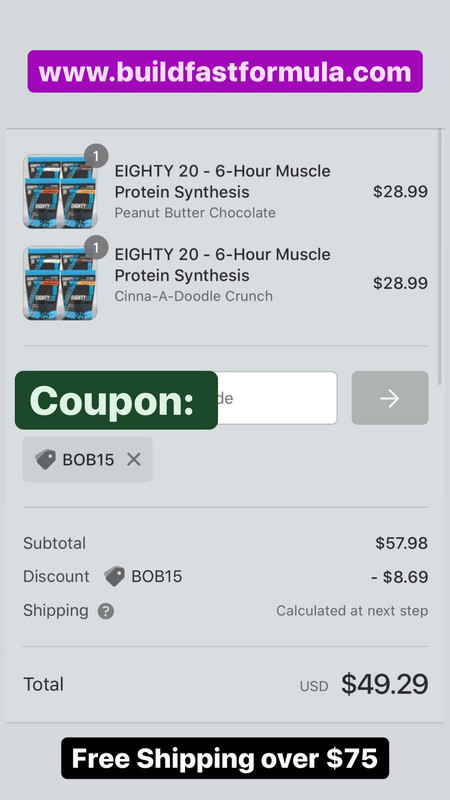 PES Snickerdoodle and Ghost Cinnamon Cereal Milk have both been favorites of mine. I’m thinking Cinna-A-Doodle Crunch might just dethrone-a-them-both.

Look forward to your feedback sir.

Feedback from another forum:
Anyhow, the 80/20 stands for 80% micellar casein/20% Whey. Basically casein is a slow moving protein and whey is a faster protein. Combined you get a nice mix of slow & fast protein synthesis which works on you for 6 hours. In layman’s terms this is a good mix, especially for muscle building.

25 servings per bag. This is the quality of a 40$ protein normally sold for 29$. But with the Bob15 code I got it for just under 1$ a serving which is a phenomenal value for a top tier quality protein.

Mixed perfectly. No clumps or residue stuck to the bottom of the glass. It’s a very smooth yet thicker shake, even with 16 oz water. That’s just my typical preference. Just a note, the less water the thickness and flavor increase.

Flavor is very good, even at 16 oz. you definitely get a nice subtle cinnamon, a la snickerdoodles. I didn’t really get the crunch part til I got to the end of the glass, which just means settling occurred, just means more crunch in future servings

Ok, now the elephant in the room. I obviously watch my calorie intake, and this flavor is only 100 calories per serving. Transparent label shows 23g protein which falls in line with the 20-25 range I look for. .5g fat and 2g carb which actually comes in at 104.5 calories, which is very close to the 100 listed so right in line with what’s listed. 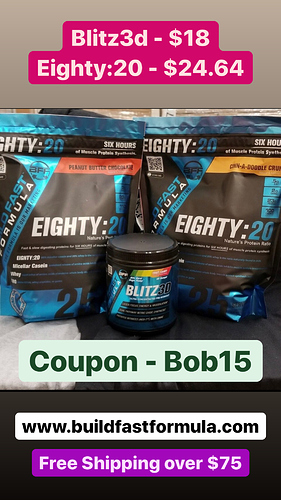 When it comes to protein shakes, I’m wary of “Chocolate Peanut Butter” as a concept. The two flavors tend to cancel each other out, leaving me desiring a fuller, richer experience of one or the other instead.

BFF’s Chocolate PB falls into that trap a bit here, and given how well-done their Chocolate Lava Cake is, I can’t help but feel like they’d have been better off going full PB with the new flavor. Again, though, that’s purely subjective. (Consider it a killer idea for the future.) If you ARE into Chocolate PB, this is a top-tier product — and one I wouldn’t hesitate to use as a Chocolate PB go-to.

To me, this a clear winner of PES Snickerdoodle — one my (now-previous) favorites of the genre.

Another genre favorite is Ghost Cinnamon Cereal Milk. In terms of taste, I’d say the two can live side-by-side. Ghost runs a bit sweeter with less of a pastry-like kick, but it’s wonderfully executed in it’s own right. 80:20’s formula is more to my personal liking, however — so for me, it has the edge.

Overall, this is a well-profiled, well-flavored, well-textured product in a genre that far too often relies on its name appeal alone. (The silly name is pretty cool, too, though

Given my previous 80:20 reviews, my rankings come out as:

… Can’t go wrong with any of them, though

I feel bad for those who passed on the deal!
Both flavors are awesome and I appreciate the incredible review. Thank you so much for your support.

Awesome review. Awesome to see vanilla being in your number 1 spot. If is damn good

Exactly why I bought 2 More bags on the sale!

And you call yourself a blitz brother