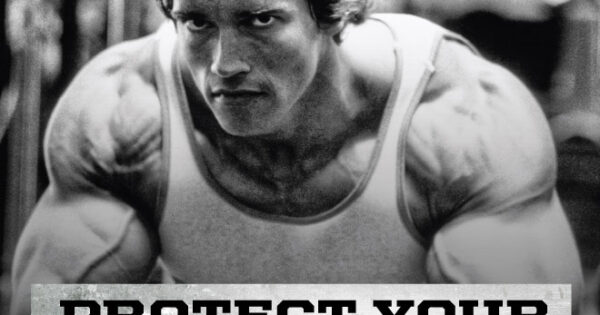 This week, MusclePharm released a lab analysis of their Arnold Schwarzenegger Series Iron Whey protein powder, in response to consumers who were concerned about potential amino acid spiking[1] and allegations from at least one law firm.[2] The...

So what you’re saying is that the amino matrix added to Arnold Iron Whey is being done for one of two purposes: either the aminos are in sufficient enough quantity so it spikes nitrogen for the purpose of overstating the protein claim, or the amino matrix is merely window dressing, in other words, it’s in such insignificant quantity that it doesn’t spike nitrogen but also doesn’t benefit the user. So MusclePharm is either outright lying about their protein claim, or they are telling the truth and just trying to fool the consumer into believing the product is better than it actually is. The question we’re asking ourselves here is not whether MusclePharm is lying to customers; it’s how bad is the lie!!!

Why not be truthful? If MusclePharm believes that adding aminos to their protein will give added benefit, why don’t they add them in significant quantities so they actually benefit the user and then back out the nitrogen from the testing and make a legitimate product? Knowing that MusclePharm is putting aminos in the protein to just fool you, isn’t that almost as bad as protein spiking itself? A product is either legit or it’s not. A brand either respects its customer or it doesn’t. There is no middle ground.

Some of you know who I am, so before you start slamming me, let me admit that I do own one of the oldest supplement brands in the industry. So be it. It doesn’t mean what I’m saying is bullshit. I started writing about protein spiking many years ago and I’m happy that this scam is finally starting to catch the attention of consumers. I have 370 supplements currently on the market, not one has a proprietary blend listed on the label. I banned the use of proprietary blends on my supplements way back in 2001, they are used for one reason only – to deceive the consumer. I have never amino spiked, I have never used WPC34, WPC60 or WPC75, prosweet, sweet whey, dairy creamers or any other bullshit gimmicks to bring down the cost of my protein, and I have never fairy dusted my supplements with under-dosed ingredients. I think brands that use these deceitful tactics are nothing more than snake oil salesman.