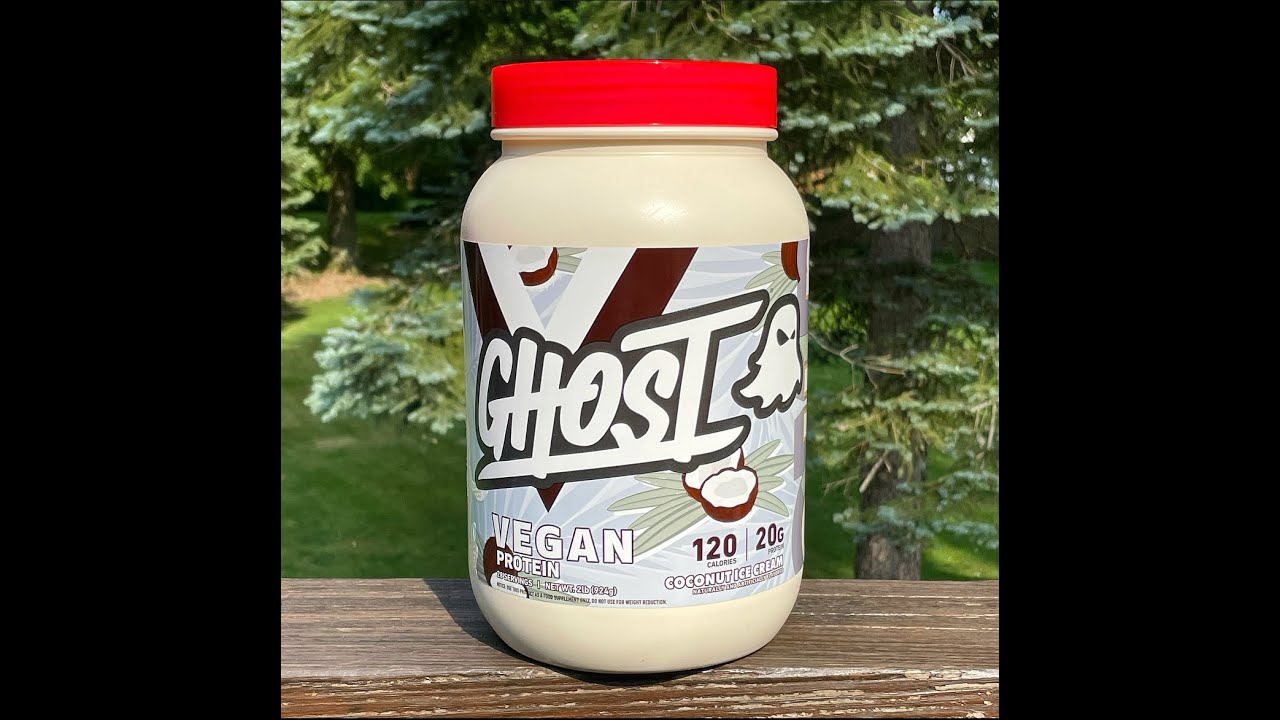 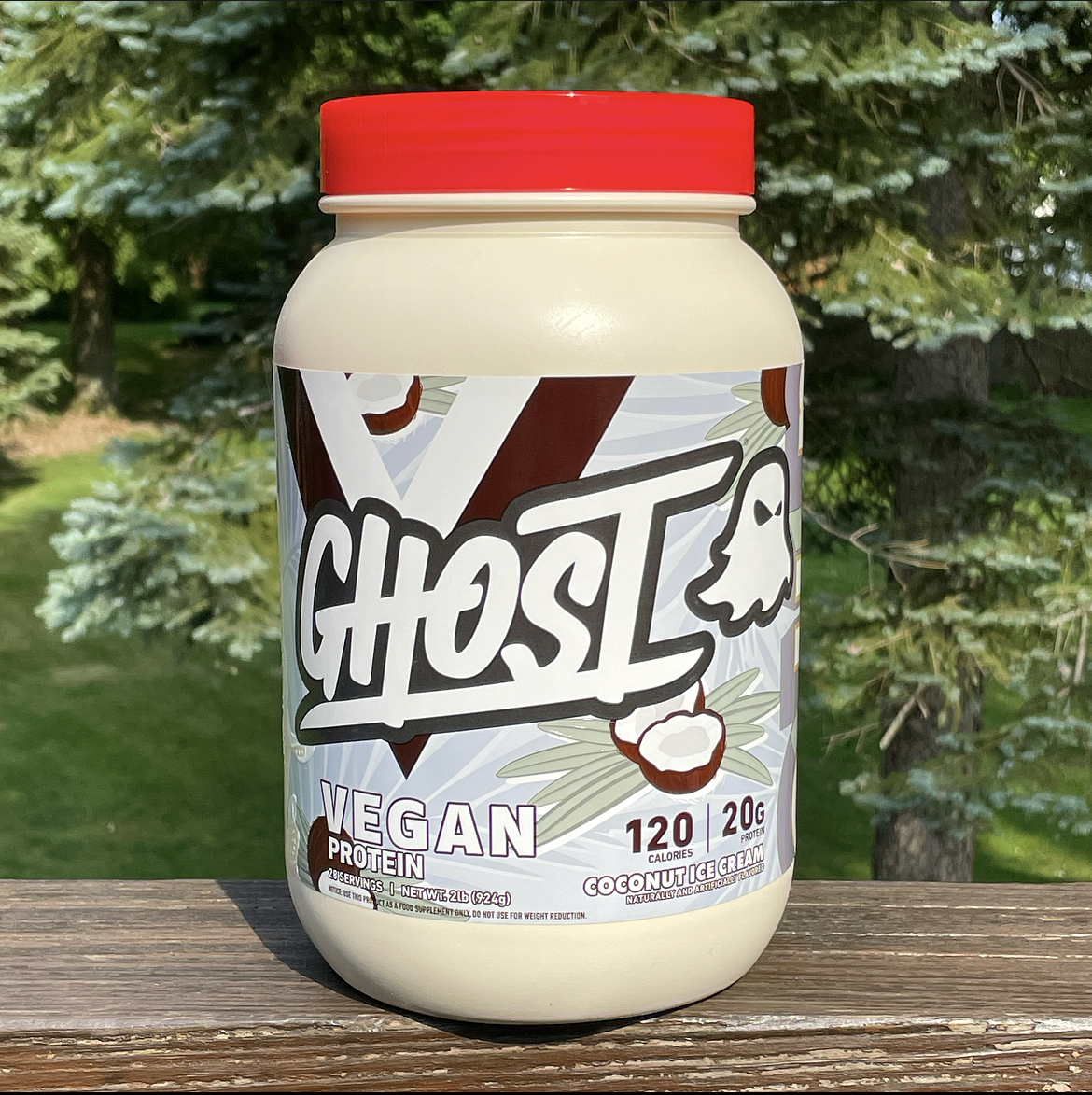 Taste:
Coconut Ice Cream –The initial taste is a very dense and sweet cream vanilla bean that trickles into a luscious aftertaste. The coconut begins to pick up as it hits the backend of your taste buds, which I thought would be the other way around. For someone who does not have a high priority for coconut this one really was in my favor with a light coconut and stronger vanilla base. One other aspect I noted was the consistency was thicker compared to any of the Ghost Vegan Flavors. This may not be an everyday flavor for the average consumer, but for coconut fans, this one will be hard to top! 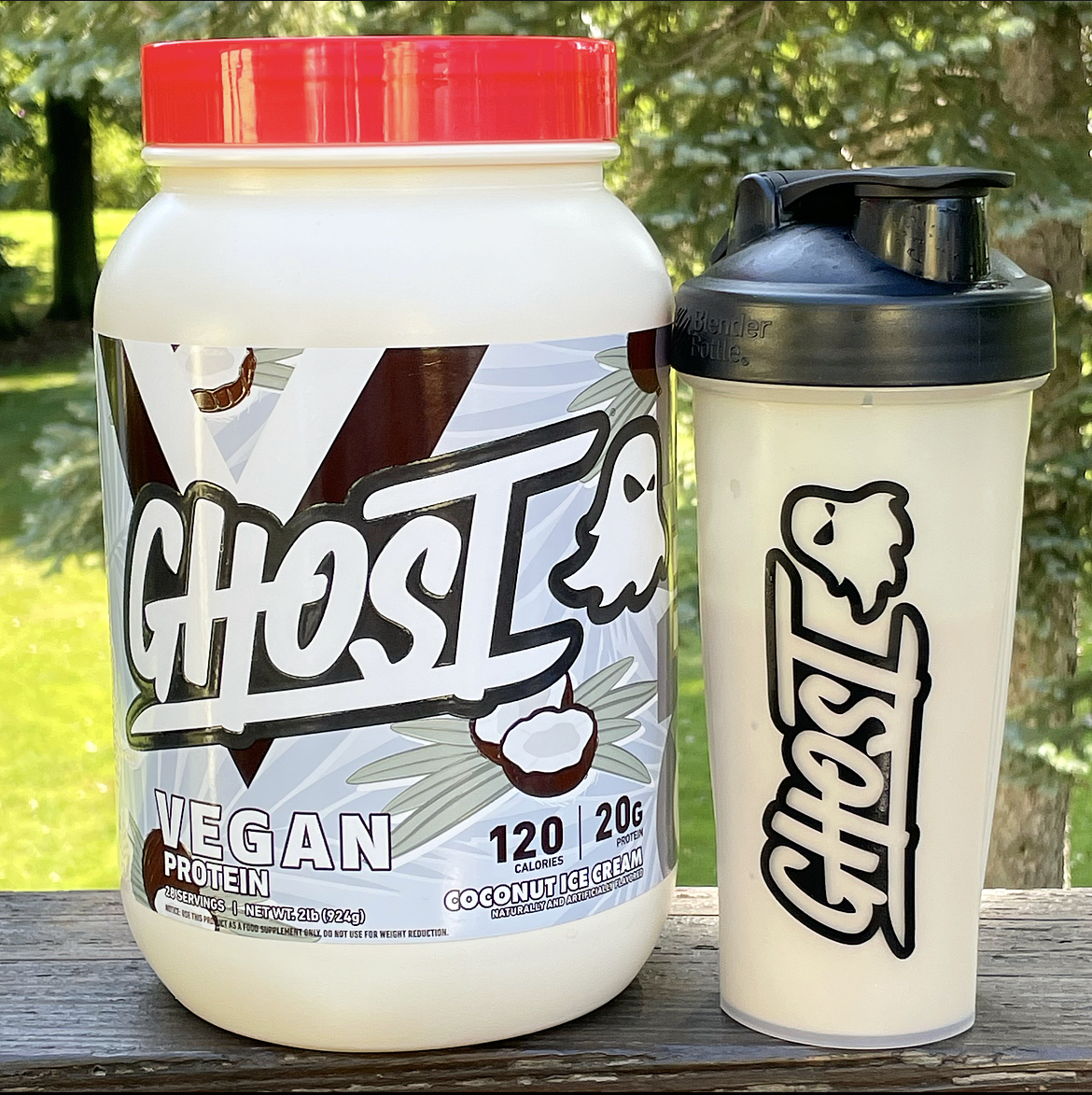 Mixability:
Due to the raw materials of Ghost Vegan, you will use more water or milk compared to whey. I suggest 10-12 oz per scoop due to the thickness of the vegan base.

I prefer to use vegan protein as a pudding since it creates a large volume that is incredibly satisfying and easy to make. Add protein to a bowl and slowly add water or almond milk to the desired thickness.

** This is a limited edition item. Once it sells out it is gone for the year **