Cinnamon Sugar Donut – This is the first flavor to feature the cashew butter bar base. Cashew butter has a very distinct taste. The roasted cashew flavor is present, but not overbearing like you find in the peanut butter outright bars. The cinnamon sugar spices are strong and compliment the base very well. I would say the sweetness of the cinnamon sugar and cashew butter do go hand in hand, but the donut element needs to be enhanced. I did not get a large butter undertone of a fresh-baked donut, but I also did not expect that from a healthy snack. Overall, I really enjoy cashew butter, and it is great to see the outright bar utilize different bases to suit all their consumers. This is a good chance of pace, but not a top tier bar in my opinion. 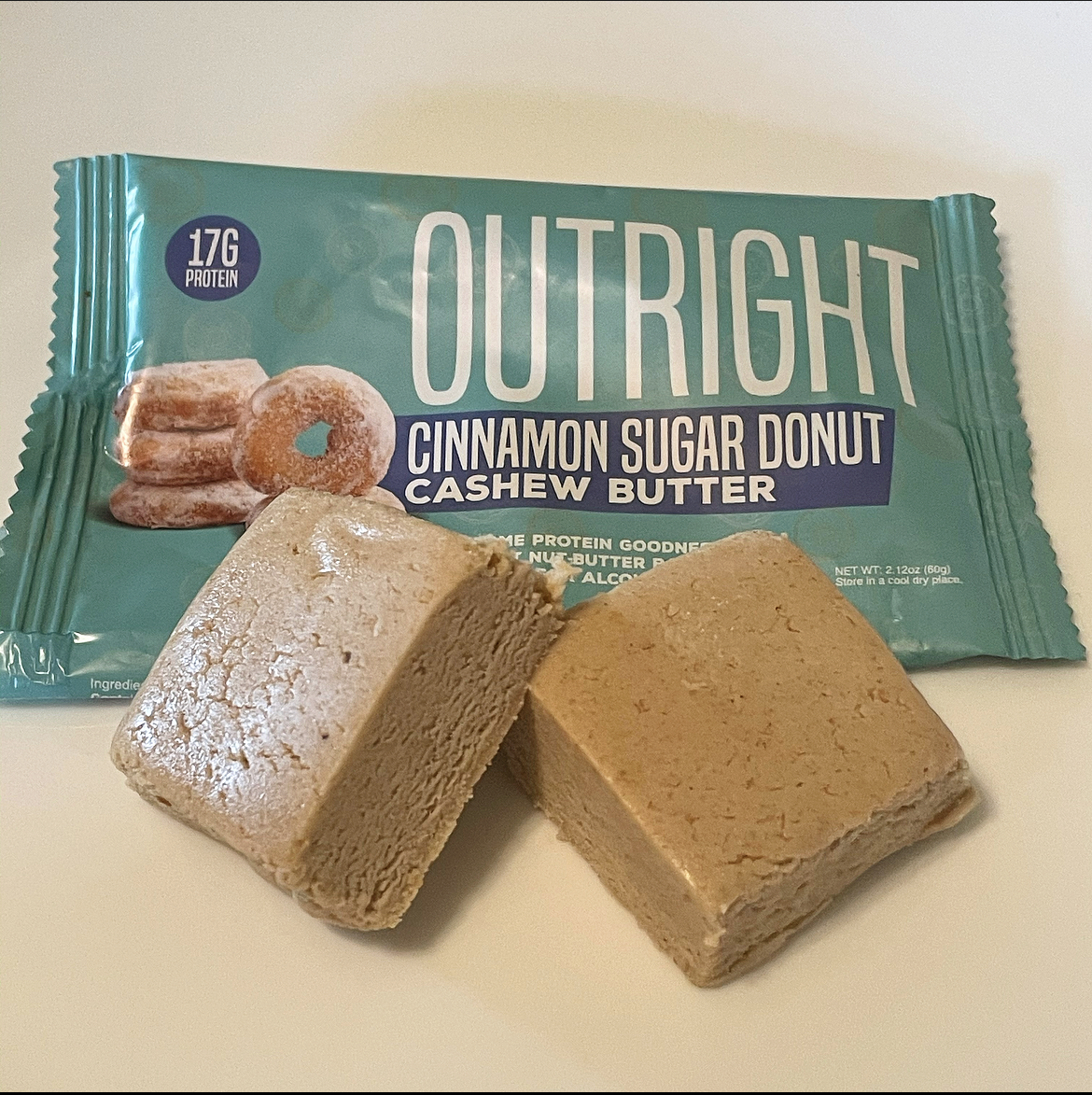 The texture of the bars correlates with a soft cookie. They are a bit firm on the outside, but you can puncture them with your finger. The middle is soft, chewy, and melts in your mouth. I have not tried putting them in a microwave. This is a bar that doesn’t need to have anything done to it as the texture is just right and is easy to chew. 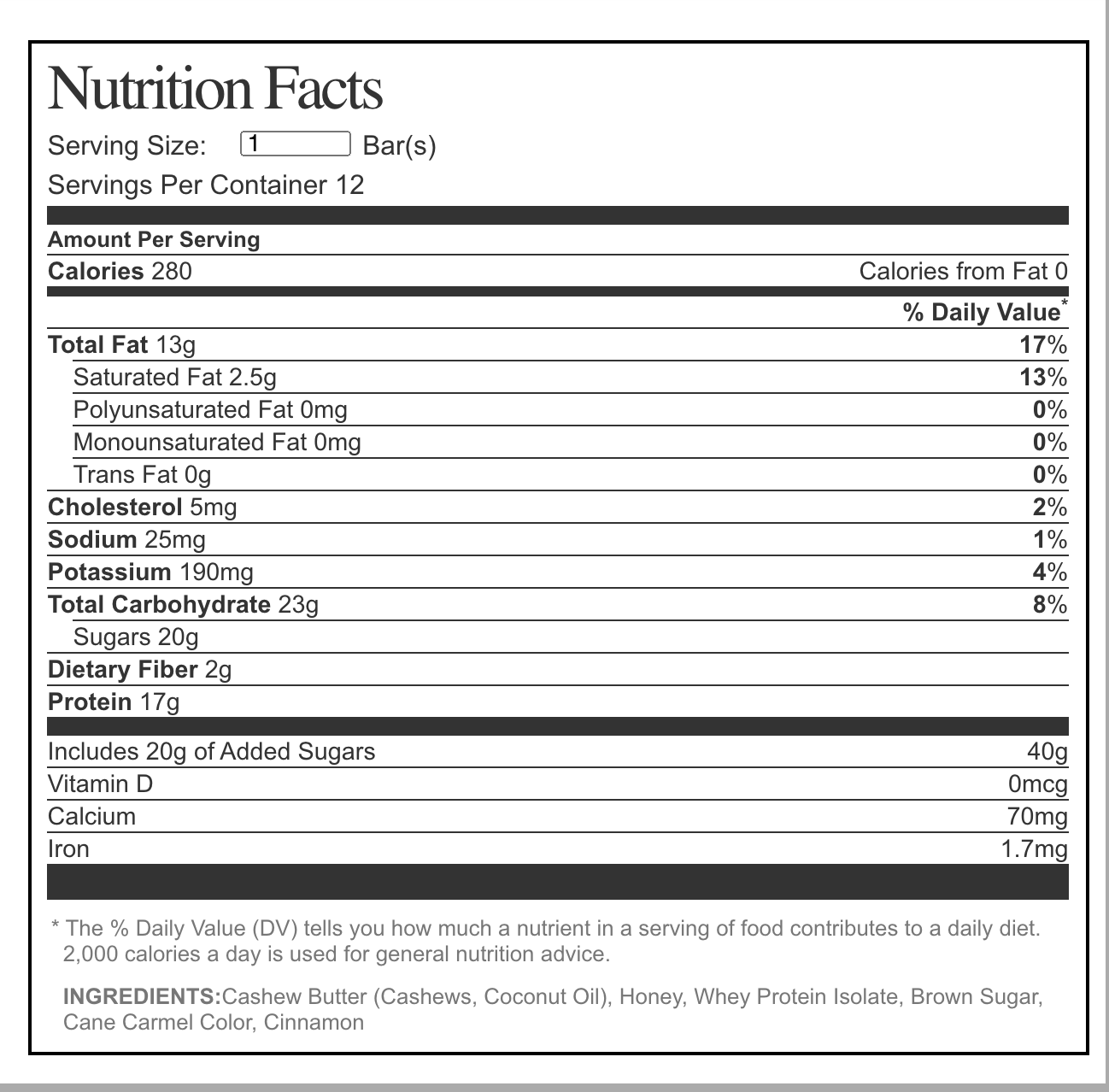 I love cashew butter as well. It tends to be a bit “smoother” than PB, and I think it’s a great idea for the Outright Bar so that its secondary flavors aren’t overpowered by the base.

It sounds like this flavor executes that perfectly, and I hope it’s not the last. Definitely going grab some and try.