If there’s one market that’s dominated by predominantly useless, poorly formulated products, it’s no doubt the natural test booster niche of the market. Countless times we see poorly formulated products thrown together and get marketed as some ultra-effective testosterone savior. Not today, folks. Every now and then, we come across …
(Read More on the PricePlow Blog) 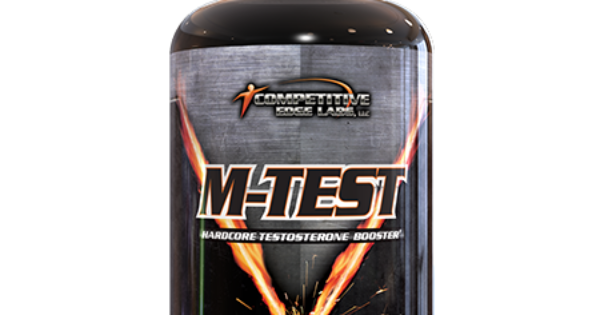 Competitive Edge Labs (CEL) M-Test is one of the rare all natural testosterone boosters that actually lives up to the hype!

Any word on what kind of extract of long jack they're using? If it's just root powder, that's kind of disappointing, but that appears to be what it is.

Also, Driven Sports used 2 different extracts of mucuna in Activate extreme years ago, so it's not exactly groundbreaking here.

When we were formulating M-Test, we went to great lengths to formulate what we felt was the perfect natural testosterone boosting formula. We wanted a formula that worked off of boosting testosterone from multiple angles and that not only had an effect from the muscle building and gym angle but also worked great for that people that wanted the general overall health benefits associated with improved test levels. This lead us to M-Test being a very comprehensive formula that contains 7 different active ingredients including 2 clinically studied licensed ingredients all at their efficacious dosages.
As for the type of Long Jack that we use in the product, that is something that we didn't list more specifically for competitive reasons. It is an extract though, not just a root powder. M-Test is so strong that even without Long Jack in it at all, it would still be the most comprehensive natural test booster on the market so if we were looking to cut corners, we wouldn't have developed it so comprehensively to begin with or just simply wouldn't have included it.
In regards to the reasoning for combining the two different extracts of Mucuna, we never claimed to be the first company to do so. We simply stated that it allowed us to get a better spectrum of compounds that yielded exceptional results. As a matter of fact, it isn't even the first time we have used a combination of Mucuna extracts ourselves (PCT Assist contains a blend of different Mucuna extracts). (This part of your comment may have been directed at PP and the article itself, but I just wanted to address it to make sure I replied to all your points).
We don't put as much weight into being groundbreaking and first as we do on being the best - and that's what M-Test is ... the best natural testosterone booster on the market at an incredible price.

To be clear, I wasn't taking a stab at you guys with the mucuna extract, the guys here seemed perplexed about it, so I was trying help out. Thanks for the response tho, I didn't get a notification of a response, so sorry it took a while to see this.

I was getting pretty angry until I saw the sponsored post fine print.
My main issue is it calling DHT (an important male hormone with wide range of benefits) a useless byproduct.

Didn’t notice that, nice find
Ya DHT is important, testosterone is only really active in the muscle, everywhere else DHT is the one doing the work, yes it has side effects but lowering lowers SBHG and increases estrogen levels…