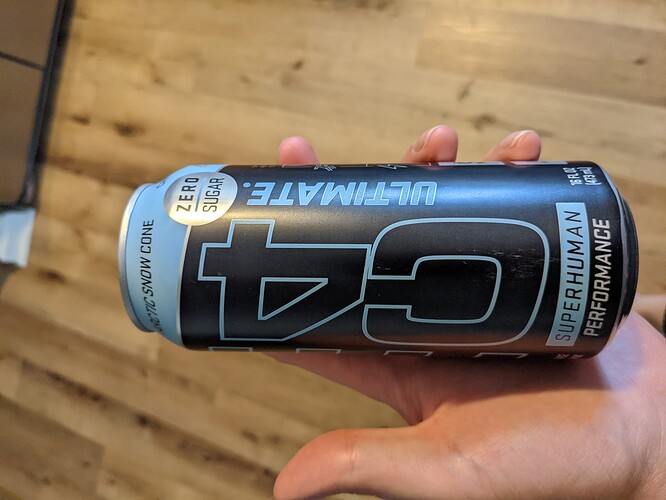 C4 Ultimate Carbonated is the upgraded version of the original Carbonated line, featuring more caffeine, GPC Choline, and more. Unfortunately dosages besides caffeine are not disclosed, as C4 officially moved to a Nutrition Facts label vs a Supplement Facts one, which does not require listing ingredient amounts. I would love to see disclosure here even though it isn’t legally required, but I will say the energy hits hard.

I received the Arctic Snow Cone flavor. It’s a strong, almost sour flavor–if pressed to describe it, I feel like it’s a lemonade base with some raspberry, while my girlfriend insists it is “blue.” Admittedly, it does taste like blue.

Like I said earlier, the energy hits hard. I have been taking a break from the gym, so i haven’t utilized them as a true preworkout yet, but I’ve been replacing my morning coffee with them, and the energy lasts a good 6 hours or so. I get very slight jitters from a full can, so lately I’ve been leaving about 1/4 of it in the fridge for my lunch break.

All in all, it’s a great product, and I would (and do) pay money for it.

Big fan of that flavor, and glad they brought it to the regular C4 Carbonated.

Thanks for the review!