Caffeine and Athletic Performance: Can High Doses Be Optimal?

The last few years have served as the Renaissance of supplement dosing. Products that lived and died by “Svelt Swole” proprietary blends have fallen to newcomers that promise consumers “fully transparent” labels that list every ingredient down to the nanogram. The 2010s are a golden era of consumer awareness —… …(Read more on the PricePlow Blog) 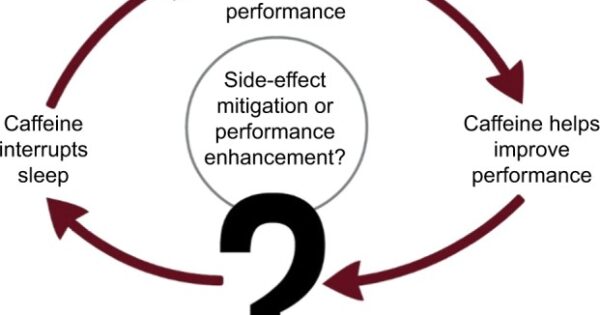 Caffeine and Athletic Performance: Can High Doses Be Optimal?

Caffeine is a well-known athletic performance enhancer, but when can high doses be optimal, and how much is too much? We look at the caffeine SCIENCE.

The net effect in vascular muscle still appears to be vasodilation due to this cAMP bump .[30]

Interesting little bit I pulled from the read

I don’t know if I missed it, or if these studies weren’t mentioned, but I think they’re worth noting in the discussion of going above 6mg/kg in certain conditions/circumstances, such as combat sports and heavy lifting, particularly for regular consumers of decent amounts of caffeine, assuming you can tolerate it well, of course. The studies on endurance performance do seem to show diminishing returns at 5-6mg/kg though.

Possible they weren’t mentioned, we trimmed this a little to make people read it more.

Agreed on endurance. I’m not an endurance athlete but for my active recovery i try not to take more than 200, 300 max.

So, I read through the references that dealt specifically with resistance training/lifting.

From “Nutrition Recommendations for Bodybuilders in the Off-Season: A Narrative Review,” which recommends 5-6mg/kg, but notes that not all studies found caffeine had an ergogenic benefit on resistance training. In particular, it referenced three studies. Two noted benefits, one that didn’t.

Study 1: 300mg caffeine (avg. subject weight of 84.1kg, so ~3.6mg/kg) and bench press and lat pull-downs at 1-RM and at 80% of 1-RM. This study did not note ergogenic benefits (1). Subjects said their caffeine intake was low, like 1 cup/day, and no subjects appeared to be heavy users.

Study 2: 6mg/kg caffeine for 10-RM. They didn’t calculate the 10-RM based on 1-RM, but 75% is a fair generalization I see for 10 reps thrown around a lot (2). This study did note ergogenic effects of caffeine. This study did not note how much caffeine subjects regularly consumed, unfortunately.

Study 3: 179mg caffeine (the study says the dose ranged from 2.0-4.2 mg/kg) and a workout consisting of bench press, deadlift, rows, and squats at 60% of 1-RM (3). This study also noted ergogenic effects. Subjects in this study reported consuming 211.5mg (120-400mg)/day, so I’d call that “moderate” caffeine consumption I suppose.

This is actually pretty consistent with the results of the three studies referenced in the review. The one study that used 6mg/kg and ~75% of 1-RM noted benefits, as this study also did. And the study that used ~3.6mg/kg for loads at 80-100% of 1-RM didn’t note benfits, as this study suggested it wouldn’t, as it seemed to show you’d need 6mg/kg (or at least somewhere more than 3mg/kg). Finally, the study that had a dose range from 2-4.2mg/kg (so I’m going to call it ~3mg/kg) at 60% of 1-RM noted benefits. Given that this 60% of 1-RM is closer to the 50% of 1-RM than it is to 75% (the two closest loads used in the study), this 3mg/kg dose would probably be likely to have benefits according to this study.

So that’s pretty close to 3 for 3 based on this study, which may suggest that the amount of caffeine that’s ideal for lifting also depends on how heavy you’re lifting relative to your 1-RM.

But this study noted that both 3 and 6mg/kg benefited lifts at 70% of 1-RM, with no significant difference between doses (5), which may be slightly at odds with the study that found 3mg/kg didn’t benefit 75% 1-RM loads, but not entirely. These subjects were low habitual caffeine users (83.4 +/- 9.2 mg/day).

But the study we’re discussing was not consistent with another study (6), which noted no benefits with 7mg/kg at 60% of 1-RM in subjects who were considered “habitual caffeine users” (~142mg/day, although I’m not sure if that was the average intake or the minimum to be considered a "habitual caffeine consumer).

The other study at odds with the study being discussed now to try to link them all together would be this one (7), which noted no benefits with 9 and 11mg/kg at 50% and 100% 1-RM in subjects who reported consuming 4.9 (4-6) mg/kg/day caffeine.

So I went back and checked to see if the 3/6/9mg/kg and 25/50/75/90% 1-RM study reported the regular caffeine intake of subjects, and found that all subjects consumed no more than 70mg/day caffeine, so were “light caffeine consumers.” So it seems that lower doses of caffeine may be more effective for people who consume little caffeine regularly, while caffeine seems to have a less reliable effect for people who consumer more caffeine, with a few studies noting no benefits even with very high doses. The former fact is not terribly dissimilar to studies on the effects of caffeine and cognition, which noted that 200 and 400mg were both effective at improving various aspects of cognition in low-consumers of caffeine, while only 400mg was effective in people who regularly consumed high amounts of caffeine.

But it may not be all bad news, as one study (8) noted that, in women who consumed >600mg/day (so a LOT of caffeine), 5mg/kg was more effective at improving running performance at 75% of 1-RM after only 4 days of abstaining from caffeine, so even if caffeine may not work as well for people who consume a lot of caffeine regularly, abstaining from caffeine may be able to help reduce this tolerance, even in a pretty short period of time.

Dont think any of this is all that surprising, I imagine the range of caffeine that is beneficial as a slide ruler that just…slides incrementally as your tolerance/habitual consumption increases.

Yeah, for sure, I just wanted to see if there was a potential explanation for the discrepancy noted in a review of the studies. But noting a decline in tolerance after only 4 days in people who consumed a LOT of caffeine (>600mg/day for women) is pretty cool, and pretty promising for those of us who consume a lot of caffeine and may want to get more out of it again.

I would still say that there may be some potential utility in going above 6mg/kg for heavy lifting or combat sports, especially if you consume a lot of caffeine regularly, although perhaps a break from caffeine for a little while couldn’t hurt either haha. And the 9mg/kg dose was associated with more adverse effects than 6mg/kg dose, so individual tolerance will play a role of course, and maybe some theanine too when you’re taking that much caffeine.

And some more information on safety/benefits of caffeine/coffee intake. But they are observational in nature, but interesting nonetheless:

Furthermore, Nawrot et al. (123) concluded in their review of the research that caffeine is unlikely to be a human carcinogen at levels less than 500 mg/day, to the equivalent of five cups of coffee (123).

These findings suggest that the diuretic effects from consuming between 4 and 6 mg/kg body weight/day of caffeine are not likely to have adverse consequences for healthy adults who are habitual consumers of caffeine.

The Safety of Ingested Caffeine: A Comprehensive Review

Caffeine is the most widely consumed psychoactive drug in the world. Natural sources of caffeine include coffee, tea, and chocolate. Synthetic caffeine is also added to products to promote arousal, alertness, energy, and elevated mood. Over the past...

Some analyses have found that intake of >6 cups of coffee per day may actually be healthy:

In this large, prospective U.S. cohort study, we observed a dose-dependent inverse association between coffee drinking and total mortality, after adjusting for potential confounders (smoking status in particular). As compared with men who did not drink coffee, men who drank 6 or more cups of coffee per day had a 10% lower risk of death, whereas women in this category of consumption had a 15% lower risk.

Association of Coffee Drinking with Total and Cause-Specific Mortality

Coffee is one of the most widely consumed beverages, but the association between coffee consumption and the risk of death remains unclear.We examined the association of coffee drinking with subsequent total and cause-specific mortality among 229,119...

Blood pressure may be an issue with higher daily intake though:

Randomized controlled trials, which are mostly of short duration (1–12 weeks), have shown that coffee intake around 5 cups per day causes a small elevation in BP (∼2/1 mmHg) when compared to abstinence or use of decaffeinated coffee.

Daily intake of over 6-7 cups of coffee was associated with a lower risk of developing diabetes:

This paper summarizes the current epidemiological evidence on coffee consumption in relation to blood pressure (BP) and risk of hypertension. Data from cross-sectional studies suggest an inverse linear or U-shaped association of habitual coffee use...

Moderate consumption (3-5 cups/day) may be prefereable to high consumption (>6 cups/day) in regards to the risk of Dementia/ Alzheimer’s/Parkinson’s:

Coffee has been known to have both beneficial and harmful effects upon health. Coffee is one of the most widely consumed beverages, worldwide. Dementia/Alzheimer’s disease (AD) and cardiovascular disease (CVD) are public health problems that are ...