Big news, folks! Antaeus Labs, creator of unique supplements like BAIBA and PSyche has come up with a brand new natural anabolic ingredient that’s never before been used – and is actually healthy to boot! Ready to become a TITAN? We all want to be bigger, stronger, and faster, but …
(Read More on the PricePlow Blog) 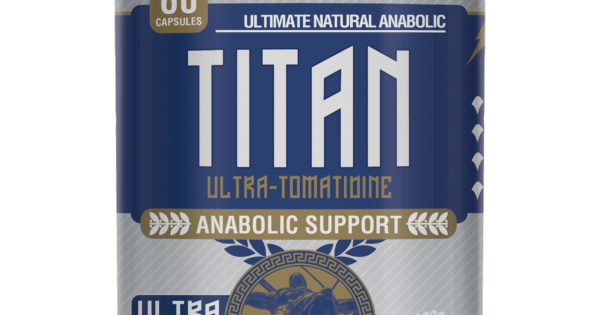 Antaeus Labs Titan is an all new natural muscle builder from Antaeus Labs, and it's actually HEALTHY! The key ingredient is known as Ultra-Tomatidine.

The amount used in studies when adjusted for human equivalent dosing is 500mg/day. How is this product recommended when a daily serving contains only 100mg?

Did you not notice this, or... what happened?

Hey this is a great comment and I'll just paste what I wrote in response to a similar comment in the other page:

"You're right, the HED from that study should be mentioned. We discuss the cost concerns here already and should have explained more deeply. But recall that we used to think you had to load 20g creatine every day for a week or so, turns out you don't. Human equivalent dose of a successful rat study doesn't mean it's the *only* acceptable dose.

So just like 3g creatine turned out to be fine, hopefully some smaller dosage of tomatidine will still show results too."

Either way, new ingredients are expensive, costs will eventually come down, but just because rats are having success at those large doses doesn't necessarily mean nothing will happen at less. We simply don't know.

New stuff's for those who are less conservative and have budget. I'd never tell anyone "You GOTTA spend $65 on this!"

But with that said, it's only fair to update the post ASAP

Does this replace creatine and a pre? I'd like to try but would have to.cut something out to offset costs.

Honest truth is that if you're on a tight budget, this isn't going to be for you yet, until we get reviews in (from us and others). We'll run this mid-January to mid-February. But it's really more like having $60 in fun money to spend until we know more and/or the prices go down.

To answer the rest, nothing replaces creatine unless maybe you eat tons of beef. We have 1200g creatine for less than $12 on the deals page - https://www.priceplow.com/d... - so that can last you a very long time. Pre workout is never totally *necessary*, if on a budget you can always just hack together a caffeine pill, brew some coffee, or find something on our deals page.

Any more info or study results on this stuff? I'm becoming more intrigued and trying to decide if I should pull the trigger.

Sorry we're so late on our YouTube reviews. Robert and I both gained weight EASILY. I was never "starving", but never full!! That was kinda different. Had my best session in a year, getting bench over 225x5 which is awesome for me, so strength felt good to me.

With blood tests, my total testosterone was the highest I'd ever tested it (out of 3 tests now), but still in a normal range for me (slightly above average for guys my age). So it's not doing anything insane on that front, but definitely didn't pull it down!! No insane libido or anything, just kinda beefed out a touch.

If it was like $30 I'd recommend it in a heartbeat. But at this price, I'm still cautious to recommend it to you unless you have budget.

If cutting, LGND is probably a better pick, but if bulking and got the cash, I'm all for this stuff.